Black Ops is back! Featuring gritty, grounded, fluid Multiplayer combat, the biggest Zombies offering ever and Blackout, where the universe of Black Ops comes to life in one massive battle royale experience. Soldier up for all-out combat – tailor made for the Black Ops community. In Blackout, the Black Ops universe comes to life in one massive battle royale experience, combining Black Ops signature combat and the biggest map in Call of Duty history. Play as fan favorite characters and battle through iconic settings in an all-out survival and elimination experience. 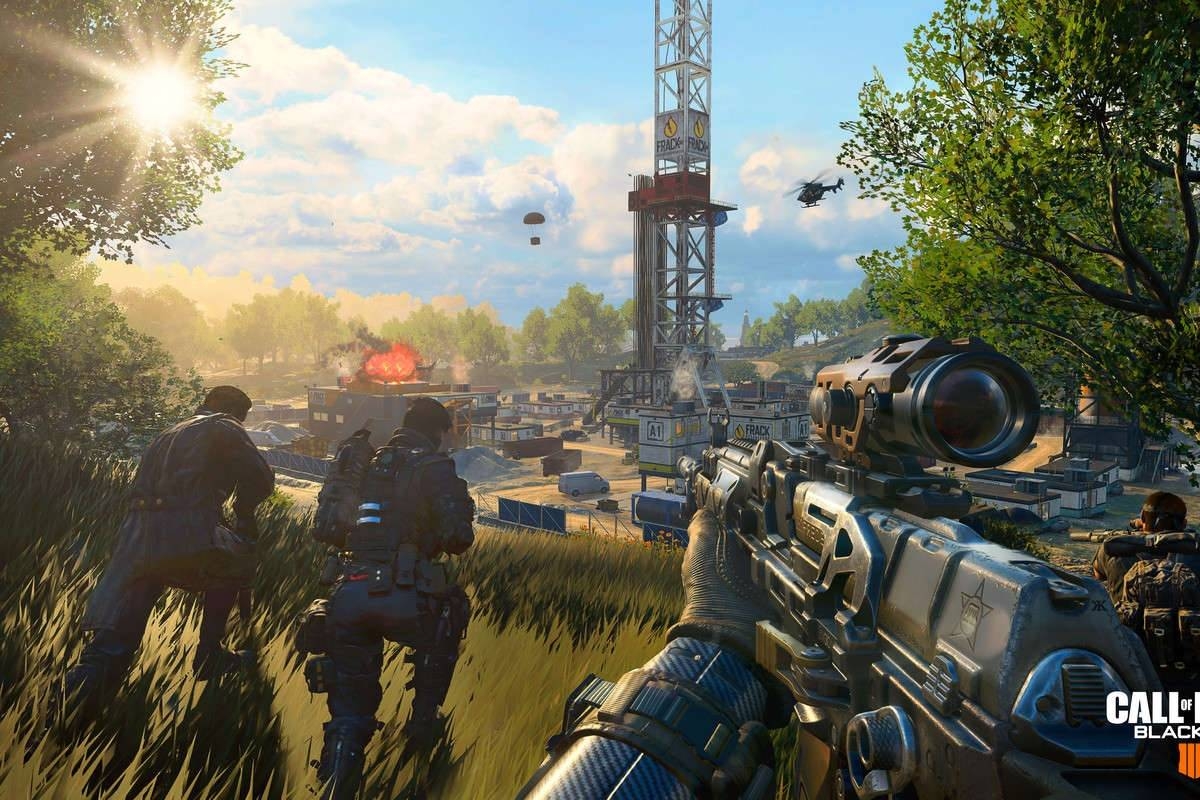 Multiplayer mode also raises the bar, delivering the most thrilling grounded combat experience yet with a focus on tactical gameplay and player choice.

The Campaign has been designed as a co-op game that can be played with up to four players online, or as a solo cinematic thrill-ride. Multiplayer will be the franchise’s deepest, most rewarding and most engaging to date, with new ways to rank up, customise, and gear up for battle. Zombies delivers an all-new mind-blowing experience with its own dedicated narrative.

Black Ops III can be played entirely online, and for the first time each of the offerings has its own unique player XP and progression systems.

The title ushers in an unprecedented level of innovation, including jaw-dropping environments, never before experienced weaponry and abilities, and the introduction of a new, improved fluid movement system. All of this is brought to life by advanced technology custom crafted for this title, including new AI and animation systems, and graphics that redefine the standards fans have come to expect from the series, with cutting edge lighting systems and visual effects.
ADDITIONAL INFORMATION
REVIEWS